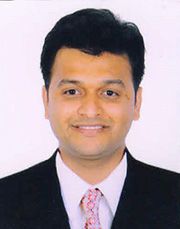 Dr Atul Pandey is a DANICS officer of 2014 batch of UT cadre.

He has held different responsibilities in his administrative career including as Sub Divisional Officer and Deputy Collector of Androth and Minicoy, CEO District Panchayat, Lakshadweep among others.

His hard work during Ockhi cyclone of 2017 and subsequent visit of Honourable Prime Minister, has been duly recognised by the Administration.

Currently as a nodal officer, he has also been assigned the task of computerization of cooperative societies in the Islands, implementation of IM-ePDS & roll out of One Nation One Ration Card scheme.

He is a graduate in Medical Science (MBBS).